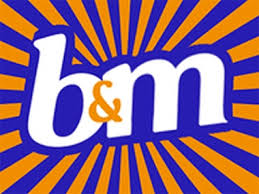 An outstanding performance for B&M over the Christmas trading period that showed that the retailer’s rapid expansion plans have been no distraction to its existing UK operations. The general merchandiser opened 14 new B&M stores within the 13 week trading period, and is on target to have 56 stores by the end of March. It also added seven Jawoll stores in Germany, where it now operates from 73 locations.

While its UK l-f-l growth was against a weak comparative, and also included an extra day’s trade which boosted the result by 1.1 percentage points, it is still an outstanding result. This perhaps indicates a desire from shoppers to trade down to value players this Christmas, though B&M put it down to its strong seasonal products, improved in-store standards and an improvement in the service levels of its two new distribution centres. It was also the first time that B&M has released a Christmas TV advert.

Management said they were confident of meeting market expectations in regard to profitability for its financial year to the end of March. Its continued store expansion plan should drive continued top line growth, but profitability for FY2018 may be impacted by the weak pound as it was hedged only up until Spring, and it will find it difficult to pass on price rises to its customers in a very competitive market.