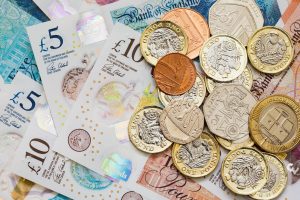 Glimmers of hope, or is it just the weather?

“No one could argue that the first quarter of 2018 has been anything other than a rough ride for retailers, topped off by March’s extreme weather conditions with the Beast from the East credited at least in part with the recent rise in gas prices! Now, in contrast the sun is shining and while I am hardly about to suggest that things are all about to be perfect again – there are far too many uncertainties around for that – April’s figures do show a few slight positives and not just in the garden industry.

“April’s retail sales values (ex-fuel) rose 1.3% from the previous month and are 3.4% higher than April 2017. Add to that the fact that unemployment is at a record low and we have an unexpected fall in inflation to its lowest level since the beginning of last year and there ought to be some room for optimism. We are after all just inching back into real wage growth.

“Despite these statistics, however, the market feels flat at best. Commodity prices are rising, there is no great upturn in the housing market and big High Street names disappearing or at least announcing cutbacks does not exactly lift the mood. According to the CBI’s monthly distributive trades survey, in the year to April 31% of retailers reported sales growth compared to 33% reporting a decline, which perhaps sums up the situation.

“The most recent figures show poorer trading evident in department stores and in interior products like furniture and carpets. Some growth was apparent in grocery; and in DIY and garden as the season kicked in. Unsurprisingly, it was online retail that was most positive, yet again highlighting the need for all retailers to invest in the technology to create convincing omnichannel offers, which blend instore experience with online convenience and speed.

“Moreover, it is this fundamental need for changes in the retail model that is evident in the feeling of disparity between many of the official figures and the atmosphere in the High Street. While quarterly rentals and the turn of the financial year lie behind some of the retail headlines, others are equally attributable to directors deciding to ‘grasp the nettle’ and close unprofitable stores. In other words, much of what is happening reflects ongoing structural changes in retail as well as present sales performance.

“In conclusion then, if this is true, then maybe there is room amongst the painful decisions and continued pressure for that little glimmer of hope for improving times. Again, to quote the CBI survey, many respondents remain positive about the coming months compared to the same time last year. It will be interesting to see what two Bank holidays; warm weather and a royal wedding will have done to May’s figures.”