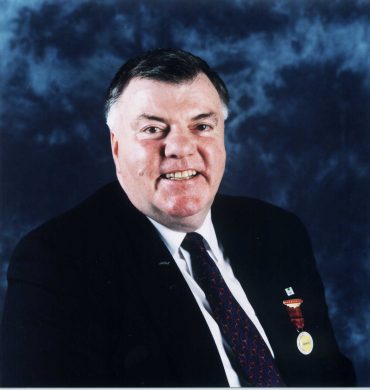 It is with great sadness and regret that BHETA records the death of much-loved friend and colleague David Peace, who passed away on the 23rd January after a short illness.

After a successful musical career playing piano with some of the great jazz and blues legends, Dave took a career in housewares sales and worked for House of Fraser on its management training programme, followed by housewares sales roles for brands including Carron, Electrolux, Tower, Husqvarna and Hackman. In 1986, he joined Meyer where he worked for over 20 years.  In his role as Sales Director he was instrumental in growing the business and making Meyer one of the leading housewares companies.   After moving to take over export sales, he set up his own business in 2007, looking after export sales for not only Meyer Group but Typhoon, Challs, Nordicware and Imperial.

Dave was also involved with market reports for UKTI and with overseas investors looking to the UK as an investment destination.  He was a board member of the British Hardware & Housewares Manufacturers Association, the forerunner of BHETA, president in April 2000 as well as founder of the BHHMA export committee.

He retired in 2013 but a year later was back in the sector in an export consultancy role, after frequently being asked by international companies for help in bringing products and distributors together.

Meyer Group business development director Geoff Gorst said he felt ‘great sadness and regret’ on hearing the news that “our much-loved friend and colleague had passed away. Dave was one of the big characters in the housewares industry.  He was larger than life and those of us who had the honour to work with him – and many others in the industry – will have fond memories and great stories about him.  There are many!”

BHETA’s housewares executive director, Will Jones added, “Dave was not only a major figure in housewares, he was also hugely influential in the development of BHETA and in fostering a commitment to export which has proved crucial in today’s trading conditions.”